BJJ appears to have exploded in popularity in recent years. You have Joe Rogan espousing its benefits on a weekly basis to his millions of listeners. You have more and more gyms opening up in every city in America. You have competitions offering serious cash prizes to competitors. But is BJJ really growing as much as it seems? Lets find out.

Is BJJ growing? BJJ is growing at a fast rate. Based on Google trends BJJ has grown 61.3% from Jan, 2015 to reaching its peak popularity in Feb, 2020. Unsurprisingly BJJ has suffered a severe decline in popularity due to the pandemic but its popularity has begun a strong recovery with popularity in Oct, 2020 at 86% of its peak.

Why Is BJJ So Popular?

Why is BJJ so popular? BJJ is so popular because it is a great form exercise (you burn 500-700 calories an hour training), great way to make friends (close contact nature great for building relationships), is addictive (described as human chess) and teaches you practical self defense skills.

Eddie Bravo (founder of 10th planet Jiu Jitsu) described BJJ as being like a real life video game where you can fight your friends and if you die you just tap and start over again. You don’t suffer any damage or head trauma. This sums up why BJJ is so popular who wouldn’t want to learn how to effectively choke and joint lock people without having to suffer any physical damage.

BJJ becomes a community for a lot of people. Many people are searching for a group to belong to nowadays. BJJ offers a refuge to many people. BJJ is a place you can go multiple times a week, see the same people, follow a set routine and work towards goals. This is powerful for people who desire to be challenged both physically and mentally but aren’t receiving this challenge in other areas of their lives. BJJ acts not only as a way to improve yourself but it gives people structure in their lives and something to look forward instead of simply getting drunk on the weekend.

A lot of people are looking for a workout routine which can help them lose that extra weight that has been piling on as the years have slipped away. Many people have tried a bunch of different diets and exercise routines but ultimately have failed to find something that they can stick to. As BJJ is so fun for many BJJ is one of the few exercise routines which they can consistently stick to. As BJJ is highly intensive many people are able to lose a lot of weight in quick order by training a few times a week. Who wouldn’t want to keep training BJJ when it can help you shred the pounds.

BJJ people are great evangelizing the sport. There is a common phrase about BJJ pracitioners, “How do you know someone trains BJJ? Don’t worry they will tell you.” A lot of BJJ practitioners are so enthused by their passion that they constantly talk about it and tell everyone they know how great BJJ is. Now this might come off as a bit cringey and may turn some people off the sport but a lot of people end up trying BJJ because their friend or family member told them how great it is. BJJ practitioners are great at recruiting new people. Many people are scared of being attacked and not being able to defend themselves or their family members. This is a source insecurity for a lot of folks particularly men. BJJ offers practical methods which have been tested in street fights and in MMA in which to protect yourself. When people first start BJJ they are often horrified that people much smaller them can easily dominate them. People do not enjoy this feeling and many choose to dive head first into BJJ to ensure that they are ones doing the dominating and not the other way round.

BJJ attracts people from all different backgrounds. It is common to see at your local BJJ gym people of all ages, kids, teenagers and adults from 18 years to 80 years old. This is not common in other sports particularly in martial arts. BJJ has marketed itself as a sport which can be practiced by anyone and the message has been received. I have been to gyms where I have seen 80 year old men training.

The great thing about BJJ is that it can adapted to suit the needs of everyone. If you can’t do a technique, no worries try another one, If you don’t have the mobility to perform a movement, no worries do this version instead. There is also no pressure to spar or compete in BJJ which turns many people off other martial arts which are geared to producing competitors. A sport that can appeal to the widest percentage of the human population will always be very popular. BJJ is more than a sport. People often talk about the BJJ lifestyle. The BJJ lifestyle is often hard to define but it involves BJJ being much more than a hobby you do a couple of hours a week. Instead BJJ becomes a central part of your life. You spend everyday at the academy. Your wife trains, your kids train, all your friends train. You travel to competitions. You go to gym social events. You hang out with your training partners outside the gym. This community takes over your life and before you know it you are deeply entrenched in the BJJ lifestyle. Many people are looking for this type of situation. This lifestyle also ensures that your love of BJJ is passed on to your children and before you know it BJJ is an integral generational pursuit which your family is involved in.

Joe Rogan’s podcast receives over 200 million monthly downloads. His Youtube videos receive millions of views. Joe Rogan’s reach is substantial. When Joe speaks he moves the needle. Joe Rogan regularly goes on passionate rants about how great BJJ is. Joe has a way with words and his speeches about BJJ are very inspiring. It is no wonder so many people started training BJJ because they heard about it on Rogan’s podcast. A lot of gym owners owe their livelihoods to Rogan.

Here is a video of Joe Rogan going on a passionate rant about BJJ.

Why Is BJJ So Addictive? 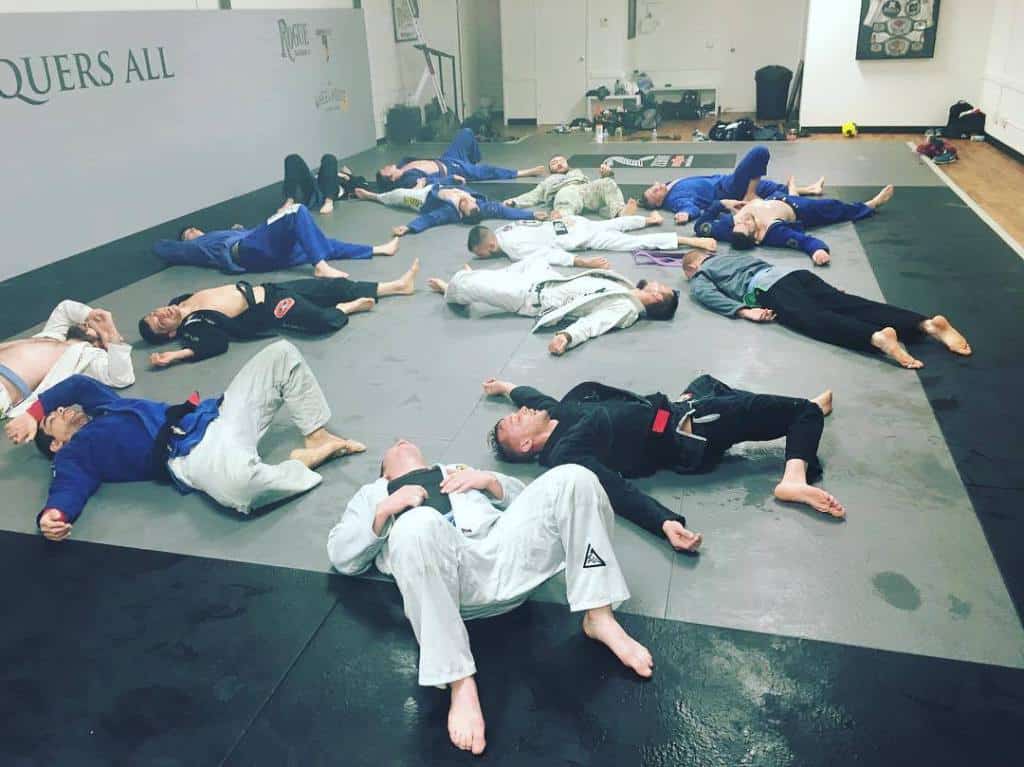 Why is BJJ so addictive? BJJ is so addictive because it is a human form of chess where you get to learn how to defend yourself by playing cuddle murder with other people without having to suffer head trauma or physical damage. BJJ is a great outlet for people where they can forget their problems and achieve a sense of peace. BJJ is a great place to make friends.

BJJ is not only a physical challenging but it also challenges your mind. The duality of BJJ makes the sport very addictive. This is why BJJ is described as human chess. Physicality is not enough to excel at BJJ you have develop strategies and use your brain to outsmart your opponent. This results in BJJ having endless possibilities and makes it very addictive.

Why Is BJJ More Popular Than Wrestling?

Why is BJJ more popular than wrestling? BJJ is not more popular than BJJ. Wrestling is a collegiate, scholastic and Olympic sport. BJJ has a long way to go if it wants to surpass wrestling in terms of popularity. In the US there are 250,000 high school wrestlers not including college and adult athletes. There are less than 250,000 BJJ athletes irrespective of age in America.

Why Is BJJ More Popular Than Sambo?

Why is BJJ more popular than Sambo? BJJ is more popular than Sambo as Sambo is a regional sport which is only practiced in the former republics of the Soviet Union. BJJ used the UFC to market BJJ to the American public. The top BJJ black belts from Brazil moved to America to spread the art across the country. Sambo has never tried to aggressively market itself  to the American public like BJJ did.

BJJ is experiencing strong growth, particularly over the last 5 years. This growth is closely tied with the rise of Joe Rogan’s podcast, the UFC’s continued mainstream exposure and the increased marketing efforts from the big BJJ federations such as the International Brazilian Jiu Jitsu Federation (IBJJF).