BJJ athletes come in all shapes and sizes. However, if you have grappled with high level competitors you will have felt how strong they are. As BJJ stresses the arms and backs If you want to dominate on the mats you better have a powerful and muscular upper body. We will show you the ideal upper body exercises which will have your BJJ teammates asking what supplements you are taking.

Why Is Upper Body Strength Important In BJJ? 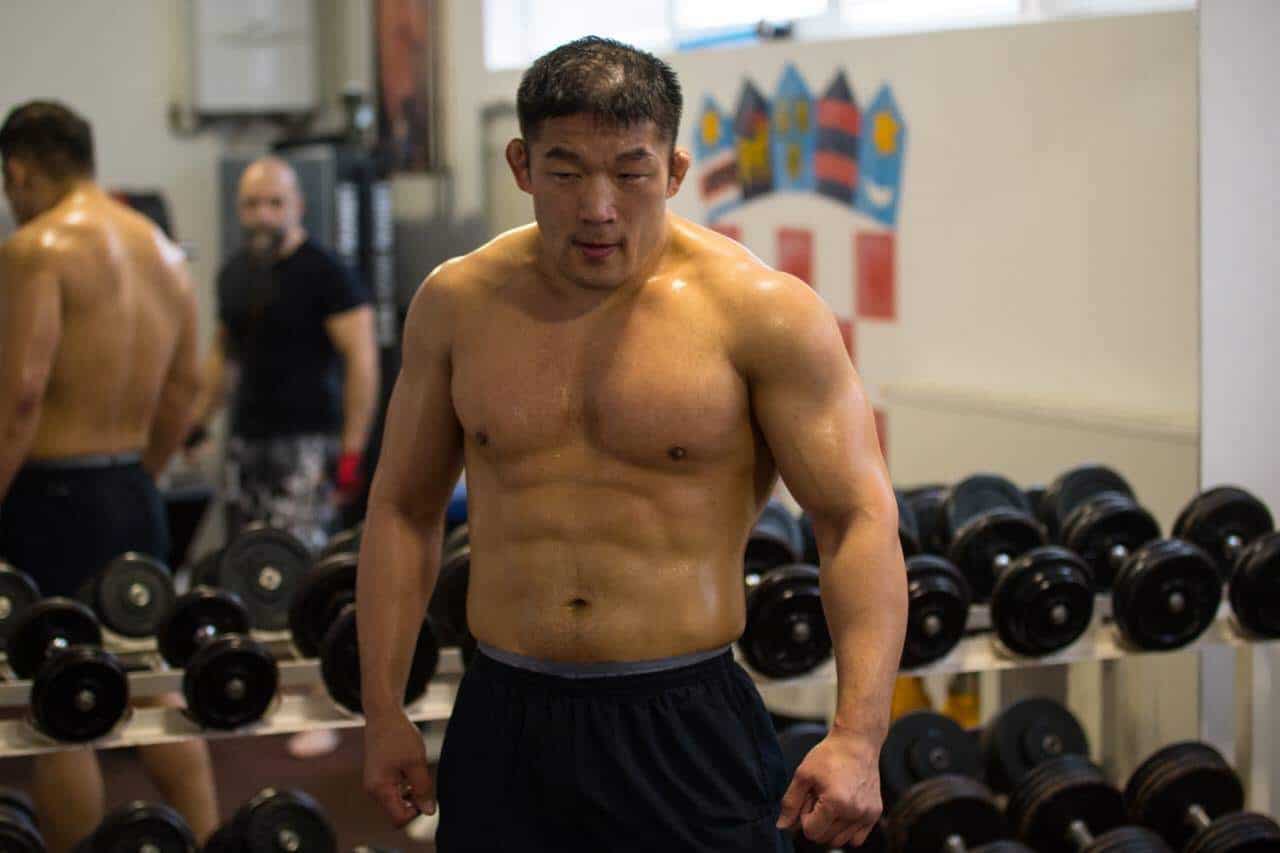 Upper body strength is important in BJJ because the sport is heavily focused on upper body grips and push and pulling motions that are used to control and unbalance opponents. To have strong grips and the ability to manipulate your opponent you need strong hands, arms and a hulk like back.

In BJJ establishing and breaking grips is such an important element of the martial art. A dominant grip can be the difference between you effortlessly passing your opponent’s guard or you getting swept. If you can establish your grips, maintain them while also breaking your opponent’s grips your BJJ game will surge.

Now while there is a lot of technique involved in gripping in BJJ the role of brute strength also can’t be downplayed. If you have ever watched high level Judokas fight for grips they are using every ounce of power they can generate to establish control over their opponent. Increasing your arm and hand strength will increase your ability to maintain and break grips in BJJ.

BJJ isn’t just an arm dominant sport. The back is also heavily involved in the Brazilian martial art. BJJ athletes will be regularly pulling their opponents towards them both in the standing position and on the ground.

In the standing position to break control ties and give themselves a clear path to their opponent’s legs BJJ athletes will use a rowing motion or a snapping motion. Both of these movements are common setups to wrestling takedowns and back dominant movements.

On the ground BJJ athletes will often find themselves pulling their opponent’s towards or onto them and in doing so using their back muscles.

An example is in butterfly guard when you establish underhooks and you pull your opponent onto your body so you can get underneath to enter their legs or hit a sweep.

Another example is when you are passing guard using a kneecut. Before going for a kneecut you need to control your opponent by taking a far underhook and then pulling your opponent into you so they can’t move away from your pass.

Having a strong and powerful back will help BJJ players in multiple aspects of their game be it guard passing, submission entries or takedowns.

What Are The Best Upper Body Exercises For BJJ?

The best upper body exercises for BJJ  which will give you unbreakable grips, biceps the size of your head and a back so wide you will have to walk through doors sideways are:

The deadlift is the king of upper body strength exercises. A strong upper body = a strong back. Deadlifts are the best exercise to quickly build muscle and increase your maximal back strength.

The deadlift is great for helping BJJ athletes build upper body muscle because it recruits so many muscle fibres allowing you to stack the bar with plates and heavily tax the back. The heavy load forces your body to go into building mode and start generating new muscle all over your back.

The ability to lift so much weight when deadlifting does have some drawbacks. The heavy weight places you at increased risk of injury. However, you can reduce your risk by performing a thorough warm up, keep your back straight throughout the movement and make sensible load choices.

Deadlifts will help BJJ athletes increase their back muscularity and strength. A strong back will help BJJ players control and enforce their game on their opponents when going for submissions, guard passes or takedows.

A strong back can also protect you against back injuries while on the BJJ mats by preventing rounding while under the body weight of your training partners.

Here is a video demonstrating how to perform a deadlift

Upper body strength starts and finishes with the back and bent over rows are one of the best back strengthening exercises for BJJ athletes. Bent over rows focus more on the back then deadlifts which also use the legs. You can also use lighter when rowing making them safer than deadlifts.

Bent over rows are great at building muscular endurance, strength and increasing muscle mass. If you want to be able to snap your opponent face first in the BJJ mat or move them effortlessly with a single underhook then you better start bent over rowing today!

BJJ athletes need strong arms to establish and break grips. BJJ players use their arms to finish takedowns when they wrap them around an opponent’s legs or to establish grips which they use to control and set up submissions.

The squeezing motion often found in BJJ when maintaining grips, positions or finishing submissions heavily recruits arm muscles and requires both explosive strength during the squeezing phase and static strength in the holding of the squeeze phase.

A great exercise to develop both explosive and static arms strength is weighted dips. Dips place an enormous amount of stress on your triceps which results in rapid muscle growth

When performing dips you should start off with just bodyweight. Once you can do 3 to 4 sets of 20 + comfortably it is time to supercharge your arm and chest gains and add some weight.

Here is a video demonstrating how to perform weighted dips

BJJ is a pulling dominant sport whether you are wrestling on your feet, playing guard or trying to pass. Pull ups are great at mimicking this pulling motion and building the exact muscles you need on the BJJ mats.

Begin by just using body weight. After you can hit 3 to 4 sets of 15 in a single session you can add some weight. Your back will blow up once you start adding some extra resistance.

Here is a video demonstrating how to perform a pull up

Shoulders are often an underrated body part by many BJJ athletes. When training BJJ you want your upper body moving as one powerful, explosive unit. It is no use having a strong back, huge arms but weak shoulders. Powerful shoulders are an important part of a strong upper body and will help BJJ players when fighting for grips and manipulating their opponent’s body.

The strict press is the undisputed king of shoulder exercises. The strict press will book you first class ticket on the gains train. Don’t be surprised if you start bumping into objects when walking around with your newly built shoulders.

The strict press is a humbling exercise. When adding it to your strength routine you may be shocked at how little you can lift. If you are a BJJ athlete and can hit body weight on the strict press that is impressive.

Here is a video demonstrating how to perform a strict press